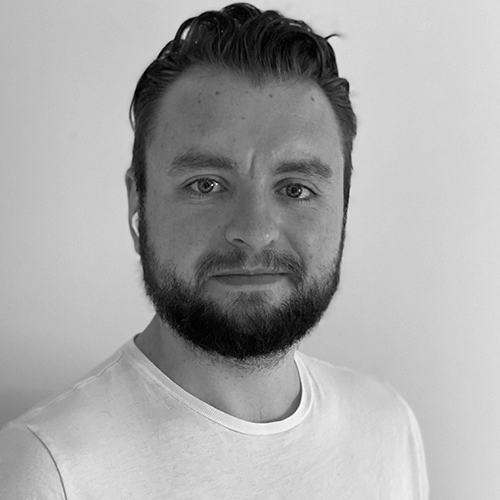 I’m a software engineer at BJSS. But I haven’t always been in this line of work. In 2013, I graduated with a degree in philosophy from the university of central Lancashire.

After graduating, I took a step back and thought about what I could do with this degree. And the answer was - not a lot.

I began to explore different routes with what I liked and found that technology was one of my main interests. I became a tech recruiter, interviewing across the country and working out of a tech consultancy based in Leeds.

After working there for three years and becoming a manager, I relocated to an internal recruitment role at a financial services organisation. I worked here for around 18 months until I was made redundant.

This allowed me to create my own business based on software recruitment and organisational design. I ran this business for about two years until the pandemic hit, dried up business, and forced me to make another change.

I took another step back to think about what I liked about recruitment. I wanted to solve problems and have a creative output, and I also enjoyed seeing added value. These interests lead me to begin learning code. I spent about nine months learning code from people I had met in the industry and found myself applying for the BJSS academy.

I was skeptical about joining the Academy, fearing that it was just a graduate scheme and might not be the best place for me. But I applied anyway and joined with some trepidation.

I experienced imposter syndrome and had questions in the back of my mind like: have I made the right choice? I’ve only been coding for nine months; am I good enough? Is it going to be graduate-heavy? Will I have anything in common with these people?

Day one was a massive relief. The Academy was a mix of ages, abilities, and many people from different backgrounds. At the start of the Academy, we were told; "we just want you to know that you wouldn’t be here unless we thought you were capable.” This was an immediate relief and removed any doubts in my mind that I had perceived of the Academy.

The Academy was completely different from what I expected. My initial expectations were that I was going to be sitting in a classroom learning code and was very much expecting a back-to-school scenario, and it was not that. The assumption at the Academy was that we knew how to code, but it was based around learning to code in scenarios such as project work and various other situations, which isn’t what I was expecting but needed.

During the Academy, I enjoyed the hack days. We would get into a group, and build something together in a short time limit to a tight specification. It was an excellent opportunity to use new tech while getting the freedom and autonomy to get hands-on and get stuck in. I learned the most from these days.

I think you can tell when someone has been through the Academy. They tend to have an attitude where they want to get stuck into new technologies and are willing to give new things a go.

One thing I love about the Academy is that it doesn’t teach you how to code; it teaches you how to code more effectively. One of the best lessons from the Academy, is that it's ok not to know everything, but here are the tools to learn everything to the best of your ability. It felt like I was getting years of experience condensed down into four weeks.